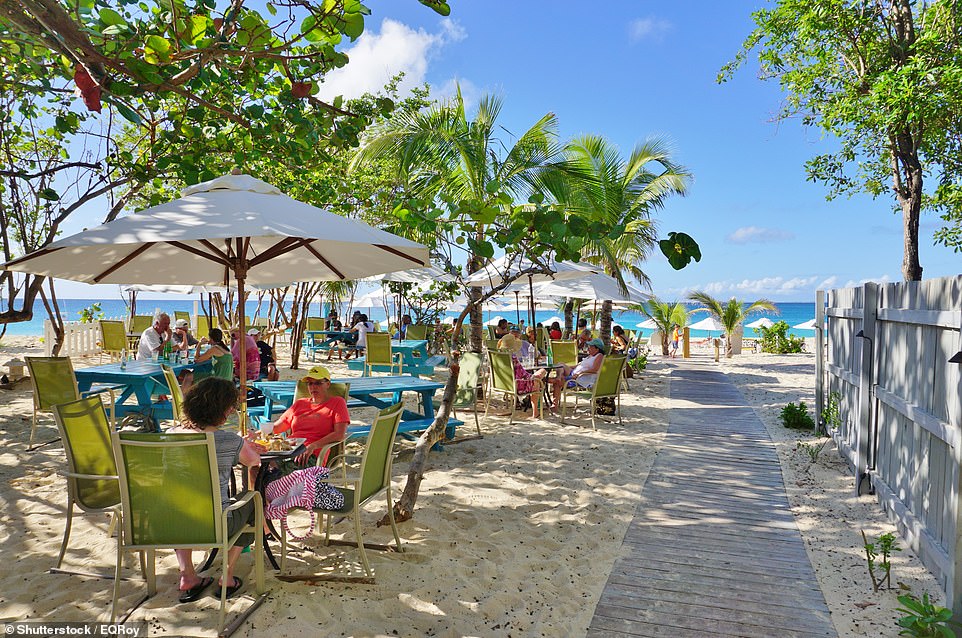 Some of the first destinations that spring to mind when thinking about the Caribbean probably include the Bahamas, Barbados and Jamaica.

But there are plenty of lesser-known idyllic islands that are equally worth a visit.

Anguilla, above, is by no means cheap but it has a good range of hotels and villas, many of them striking and stylish

Anguilla has the finest sea and sand in the Caribbean – the former worthy of a surrealist painter’s palette and the latter so sumptuous that walking can become aerobic exercise. Measuring just 16 miles long and located at the north of the Lesser Antilles chain, the island’s remoteness ensures that it is not overrun, and yet its proximity to St Maarten means everything is readily available.

Anguilla is by no means cheap but it has a good range of hotels and villas, many of them striking and stylish – from faux-Moorish to modernist fantasy in white concrete – and enviably good restaurants in styles from French to oriental.

And, of course, there are those beaches – snorkelling coves, secluded hideaways and sandy strips lined with bars.

The BVI are a cluster of 60 soaring volcanic peaks and coral outcrops that barely make it above the surf, lying at the eastern tip of the Greater Antilles. If a flight beyond an airline hub can often get you to a smaller, less developed island, in the BVI a boat journey takes you even further – to tiny cays and magnificent, deserted bays.

The BVI are now back on their feet after the terrible destruction of Hurricanes Maria and Irma in 2017. There are several decent hotels but really the islands are known for the Caribbean’s finest sailing – in fact, not to spend time on the water is to miss the point.

Sailing is certainly comfortable nowadays, with stable and spacious catamarans, with or without crew, as you prefer. There are excellent beaches to explore by day and lively beach clubs at which to anchor by night.

You can rent a yacht through Dream Yacht Charters (dreamyachtcharter.co.uk) from £3,500 for a week. 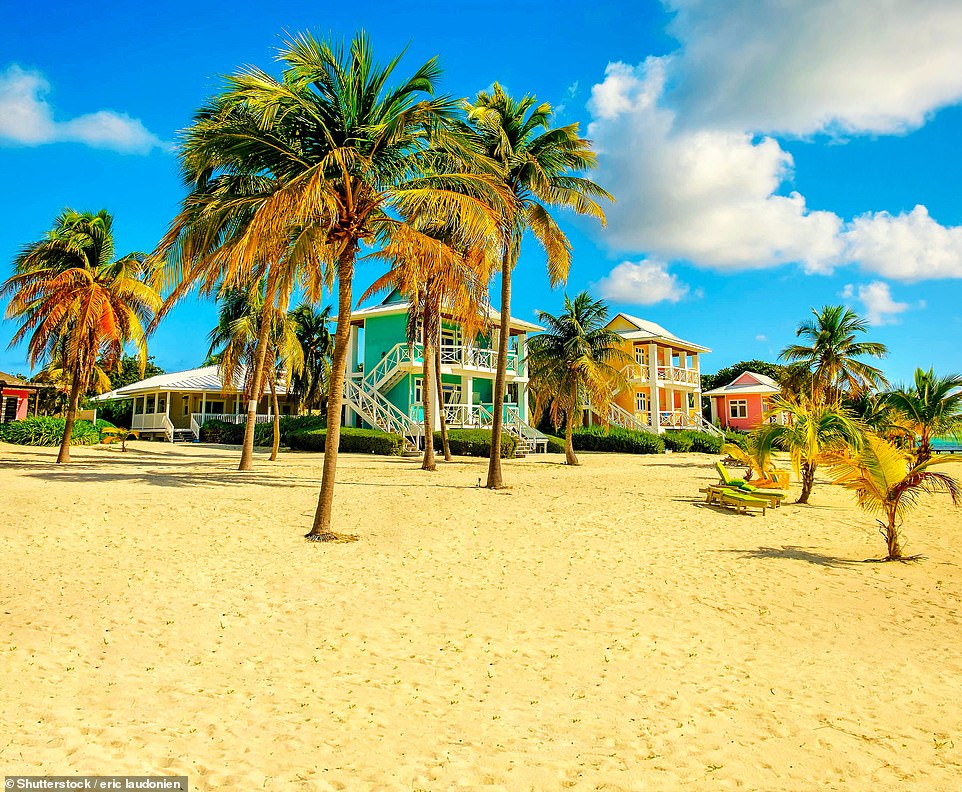 Laid-back: Vibrant beachside villas on Little Cayman, which has just one coastal road and more iguanas than people 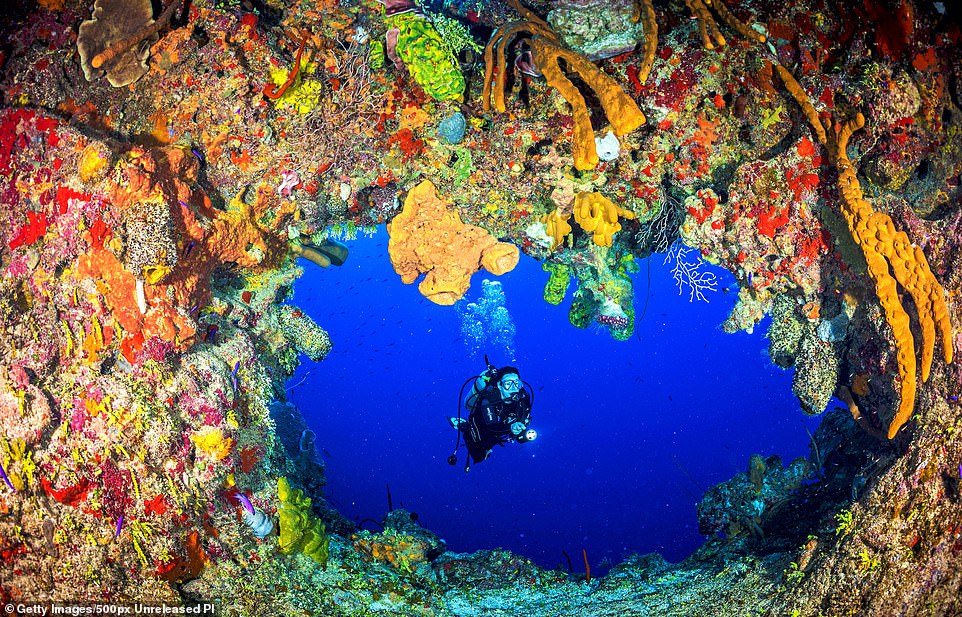 A sliver of scrub-covered coral rock that just breaks the surface of the western Caribbean Sea, south of Cuba and to the west of Jamaica. Little Cayman has just one coastal road and more iguanas than people, and is extremely laid-back and quiet – there are just a handful of hotels in its protected south-western corner. Arguably, it also has the Caribbean’s best scuba-diving.

The island is the cap of a huge submarine wall, which descends to 1,000ft, and on it the corals cluster as colourfully as the stained glass in a cathedral. Sponges sprout like yellow car exhausts, sea fans wave on the current, and whales and rays sometimes pass by in the background.

Saba is steep, immensely green and fertile, and pretty, its villages clinging to the hillside. Oddly, every roof is red. The islanders may be gentle and forthcoming but they are also made of stern stuff. When told it was impossible to build a road on the island, they took a correspondence course in engineering and built it themselves.

Saba is wonderful for good hiking and excellent scuba-diving. 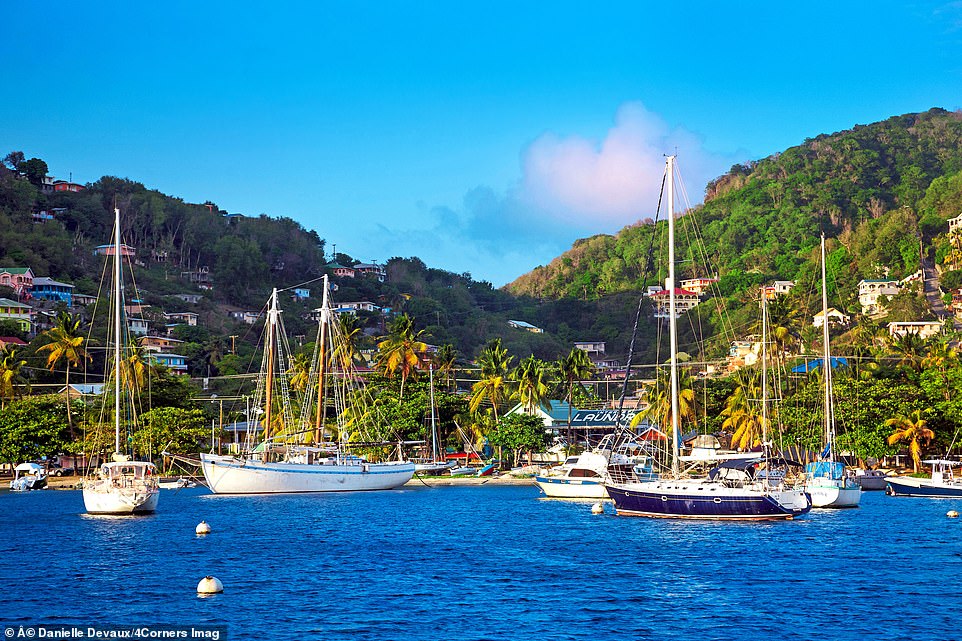 The pretty harbour at Port Elizabeth, capital of Bequia. The island is an hour’s ferry ride from St Vincent in the Grenadines

Surely, islands are at their best when approached by sea – Bequia is an hour’s ferry ride from St Vincent in the Grenadines. The waterfront at the village of Belmont is as pretty as a Cornish village that has been transported to the tropics.

Beyond it are two excellent beaches, secluded Princess Margaret and the more laid-back Lower Bay. Bequia has just a handful of small hotels and some excellent villas, and there is a strong local life which is fun to partake in.

Stay at Bequia Beach Hotel (bequiabeachhotel.com), where rooms cost from £265. 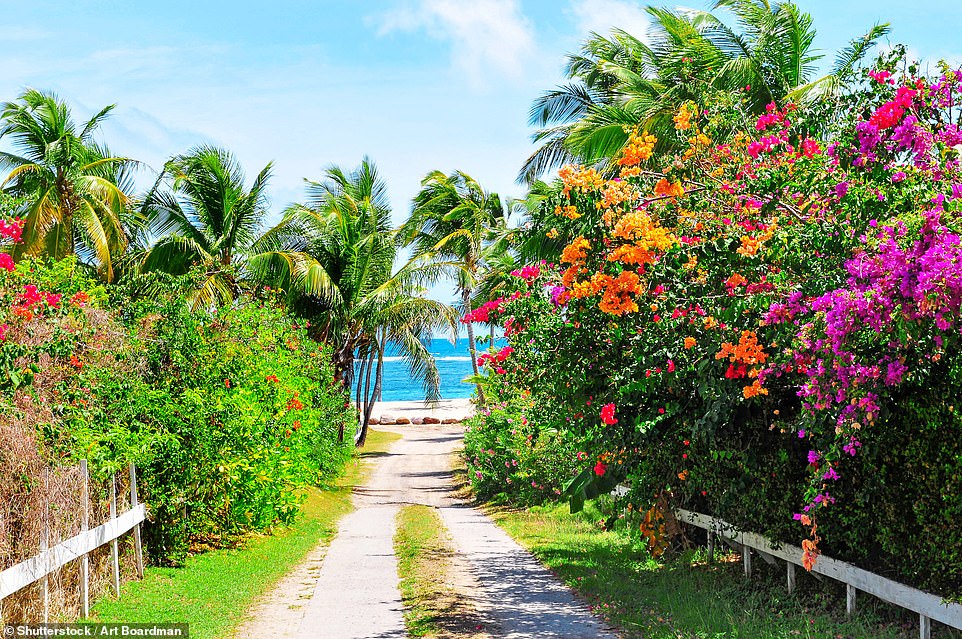 Full of charm: Pretty blooms line the path to a sandy cove on Nevis, which is the ‘Caribbean’s most historic-feeling island’

Nevis is gentle, charming and the Caribbean’s most historic-feeling island. Measuring just six miles by eight, it lies across the Narrows from sister island St Kitts in the north-eastern Caribbean, and its diminutive scale and single, central peak (other islands roar and soar from the sea like volcanic titans) make it heart-stoppingly attractive.

The pace of life almost stalls as you arrive and recline on your balcony or the beach, but the beauty of the island shines around you, in the extravagant greenery and brightly coloured wooden houses.

Nevis has some lovely, historic plantation hotels, boasting superb views, and the two main beaches – Oualie and Pinney’s – are on the protected Caribbean shore and have lively bars.

Stay at the Hermitage (hermitagenevis.com), where rooms cost from £140 a night.

This is the Caribbean’s most sophisticated island by a long chalk. It is a small, rocky and surprisingly beautiful blip in the north-eastern Caribbean, a place where the young and beautiful linger in waterfront bars or saunter past in a mere hint of a bathing suit.

St Barts has dozens of excellent restaurants and shops, and a clutch of extremely stylish hotels. However, the majority of visitors stay in luxury villas.

St Barts is not cheap, and it is a little Marmite – not Caribbean enough for some regulars to this part of the world – but it has superb beaches, some with a bar or two, others completely undeveloped.

Stay at Le Sereno (serenohotels.com), where rooms cost from £500 a night.

IF you want to go even further afield, there are still some undeveloped islands full of gentle charm.

Head 15 miles north of Grenada and you will find Carriacou, the first in the chain of the Grenadines, with crystal-clear waters and deserted beaches.

Low-key to its core, it’s a true Caribbean escape. There are just a few small budget inns and some villas and apartments, including the Green Roof Inn (greenroofinn.com), where B&B costs from £85. 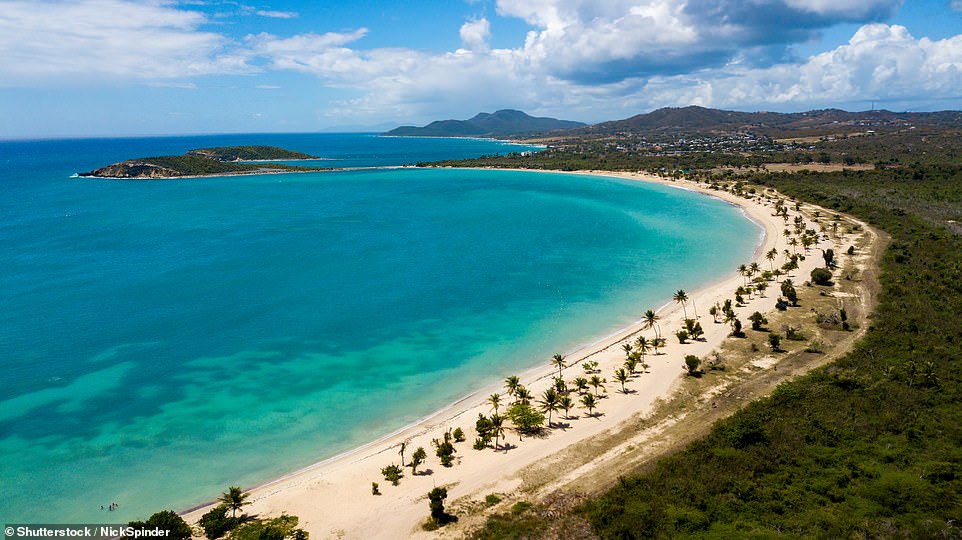 The Royal Navy’s fall-back base during the Second World War in case Hitler invaded Britain, Vieques lies off Puerto Rico and is perfect for those seeking slow-paced island life, American and Latin style.

There are some cool, small hotels and lots to explore – its bio-luminescent lagoon is one of the Caribbean’s most extraordinary natural phenomena. Move a hand or paddle through the water and ghostly green whorls and swirls glow, the light emitted by marine protozoa.

The ‘Desired One’ – a table-top of limestone standing proudly off Guadeloupe, the French island in the eastern Caribbean. It is dry, scrubby and quiet, but expect to eat well. Stay at Hotel Oasis (oasisladesirade.com), where they serve delicious fresh fish at their beachside restaurant. B&B from £55.

admin - 24/07/2019 0
We use cookies to ensure that we give you the best experience on our website. If you continue to use this site we will assume that you are happy with it.Ok