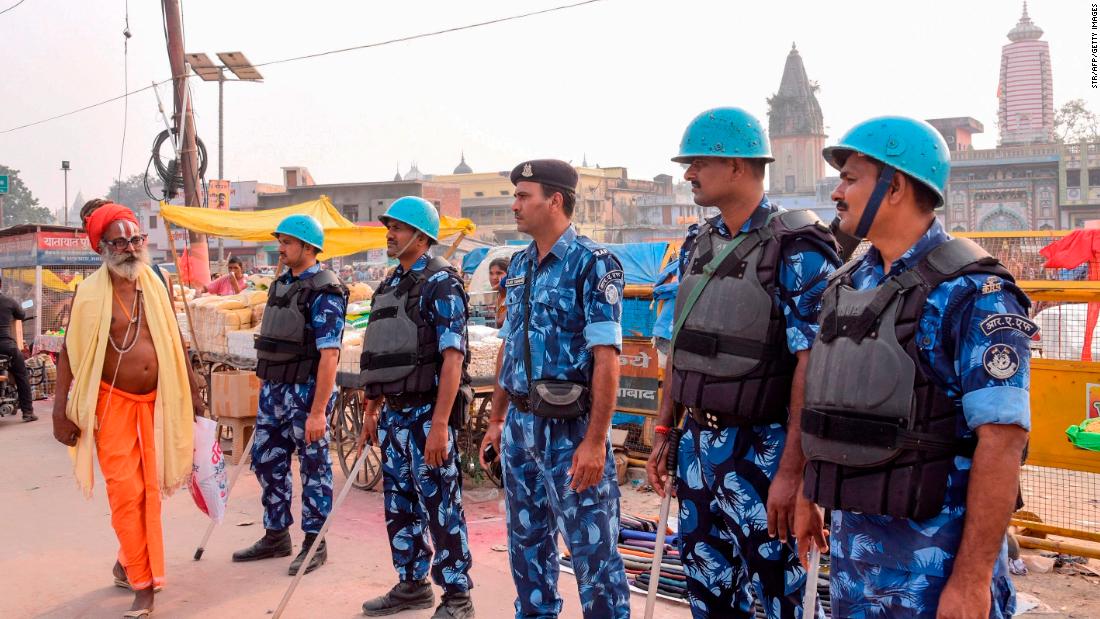 It’s one of the most politically charged land disputes in India, a complicated and exhaustive case that has been going for more than 100 years.

To settle who claims ownership of the site, the Supreme Court has been asked to consider ancient texts, a 500-year-old diary written by a Mughal emperor, travelogues from medieval merchants, as well as colonial-era surveys and archeological records.

At the center of the case is whether a temple to the Hindu god Ram can be built on the site where a 16th-century mosque was demolished by right-wing mobs in 1992 in Ayodhya, a town in the state of Uttar Pradesh.

The destruction of the Babri Masjid by Hindu extremists sparked some of the worst violence seen in India since independence, with more than 2,000 people killed in nationwide rioting. Dozens of temples and mosques were also targeted in a series of revenge attacks by Hindu and Muslim mobs.
Since then there have been calls to build a Hindu temple on the contested site, a demand that has long animated Hindu hardliners — and worried Indian liberals, who fear outbursts of sectarian violence. Such fears have been fanned by a spate of high-profile lynchings of minorities in recent years. 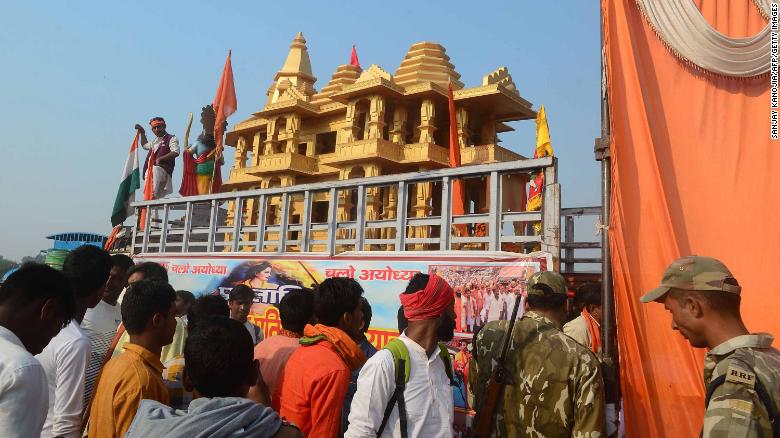 Security has been beefed up across the region, especially in districts close to Ayodhya, and police officials have appealed for calm. Social media is being monitored for misinformation that could incite violence.

In the months leading up to the ruling, authorities placed emergency restrictions in Ayodhya, banning public gatherings of four or more people.

Over the past week, senior lawmakers and various religious and activist groups have appealed for calm and peace.

There was also pressure to deliver a ruling as Chief Justice Ranjan Gogoi is set to retire on November 17, and the case would have had to reset if a verdict was not given. The constitutional bench of the Supreme Court set up a marathon of daily hearings for 40 days before concluding the case in October. 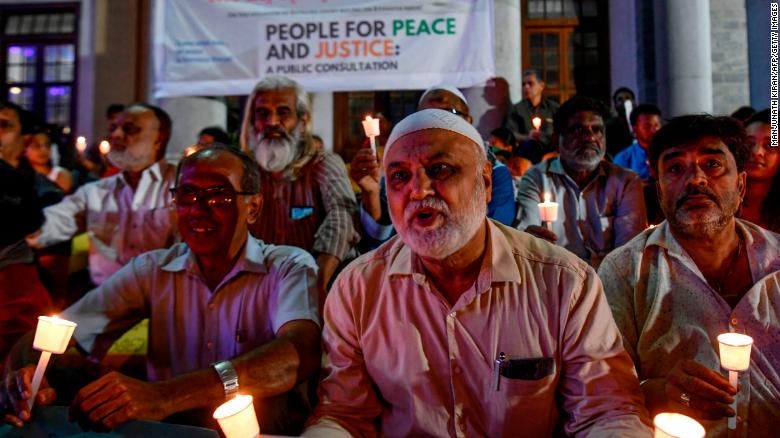 The Babri Masjid was built on a disputed site in Ayodhya in the 16th century and the town has been a religious flashpoint for more than 400 years.

Hindus believe it is where Lord Rama, one of the most revered deities in Hinduism, was born. Muslims claim the land because the mosque was built there in 1528.

But many Hindus believe the Babri Masjid was built on the ruins of a Hindu temple, which was allegedly destroyed by Babar, the first Mughal emperor of South Asia.

Hindu and Muslim communities have lodged legal complaints and suits for decades.

While there are 14 petitions currently before the Supreme Court, three — one Muslim and two Hindu — are the main focus of the case.

They are the Muslim Sunni Waqf Board, the Nirmohi Akhara — a group of Hindu ascetics who are devotees of Lord Ram, and Ram Lalla Virajman — the child deity of Lord Ram. Under law, a Hindu deity is considered a “juristic person” with the right to sue and be sued.

But none of the parties were satisfied with the verdict. They filed an appeal in the Supreme Court in 2010. 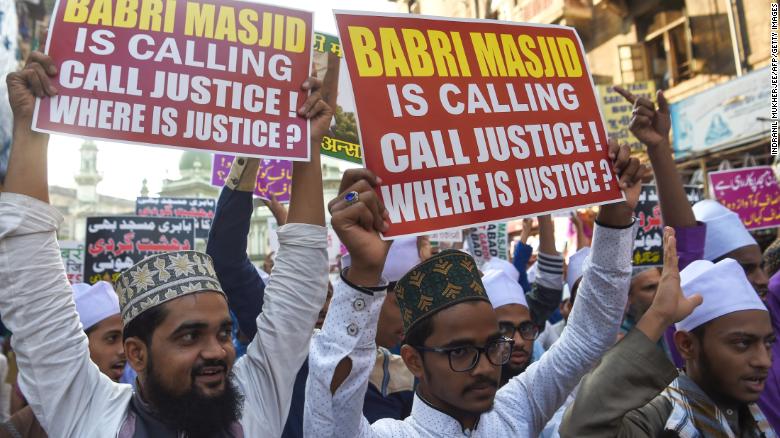 The Sunni Waqf Board, an elected legal body that oversees Sunni Islamic properties endowed for religious or charitable purposes, is arguing that there is no proof that a temple was ever destroyed to build the mosque. The board wants restoration of the status quo as of 1992, where they had control over a portion of the land.

The group of Hindu monks called Nirmohi Akhara, whose name translates to “Group Without Attachment,” claims the land in its entirety and has asked for the right to build a temple there. 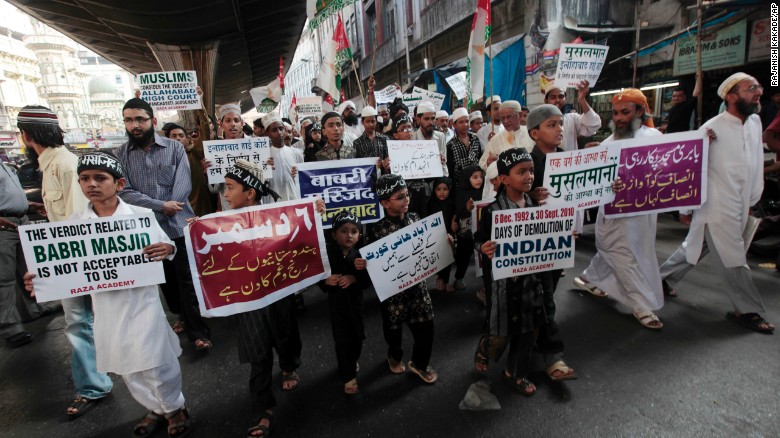 The Ram Lalla Virajman claims that the deity of Lord Ram has jurisdictional rights and as such its rights cannot be divided and the entire piece of land should be handed over to the deity.

For decades, Hindus and Muslims have fought over the right to pray on the site. Protests have been traced to as far back as the late 1800’s.

After India’s independence from British colonial rule in 1947, multiple lawsuits claiming ownership and the right to pray have been filed in Uttar Pradesh court. The cases finally made their way to the Allahabad High Court in 2002 and to the Supreme Court in 2010. 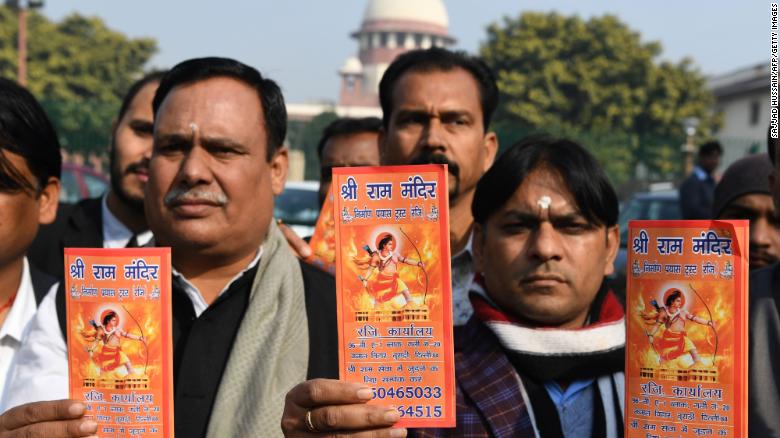 Exhaustive and complicated, the case has become an archeological dispute as well as a religious and political one.

The Archaeological Survey of India has submitted reports of digs in a quest to establish the veracity of the claim that the land was the birthplace of Lord Ram.

The Hindu counsel has argued that there is a structure beneath the demolished mosque and that excavated materials suggest it was a temple.

Lawyers for the Muslim parties say there is no conclusive proof of a structure.

Documents presented in court include ancient texts that purportedly have descriptions of the site. They include travelogues of an English merchant in 1611, Jesuit missionary in 1740-1770, and ancient HIndu religious texts such as the Skanda Purana — a text that contains over 18,000 verses, which provides a description of Ayodhya as a holy city and pilgrimages to the site.

admin - 01/11/2019 0
We use cookies to ensure that we give you the best experience on our website. If you continue to use this site we will assume that you are happy with it.Ok