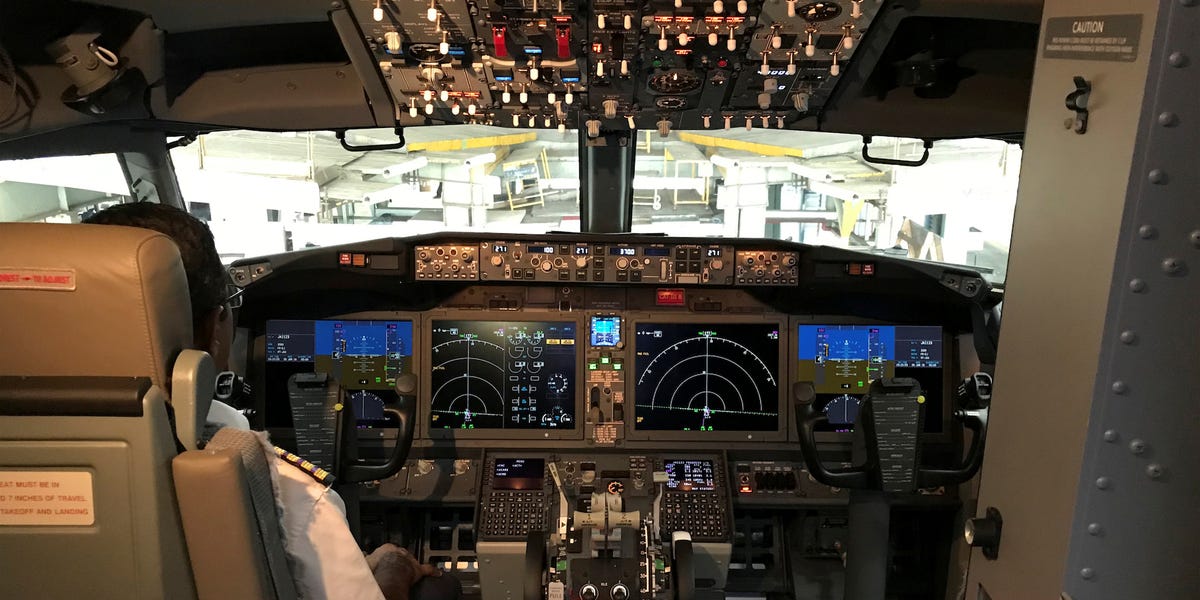 A near-crash in a simulated flight in June, using the software fix Boeing designed for the 737 Max, led to the extensive, ongoing delay that has kept the plane grounded through at least November, according to a new Bloomberg report.

Following the March 2019 crash of Ethiopian Airlines Flight 302, which was the second fatal crash involving a 737 Max in five months, Boeing engineers began designing a software fix to prevent an automated flight-control system from erroneously activating. The plane type was grounded worldwide within two days of the crash.

Initially, Boeing said it would be able to develop and implement the fix to the automated system known as MCAS, or the Maneuvering Characteristics Augmentation System within a matter of weeks, later revising that to several months in order to fully test and certify the new software.

But in June, as engineers were almost finished designing the fix, several Boeing pilots got into a flight simulator to test “a few things.” That was when a simulated computer glitch caused the plane to point its nose down, diving aggressively like the planes in both crashes.


The outcome of that simulator flight, a decision to completely redesign the 737 Max’s flight computer architecture, led to extensive delays that have dragged on through the summer and fall, and now threaten Boeing’s ability to deliver aircraft, book new orders, and maintain revenue expectations.

The extensive redesign, in addition to taking engineers longer, has also led to delays getting clearance from regulators, who are now looking more closely at the changes. Earlier this week, regulators demanded additional documentation from Boeing on the updates.

While the fix originally focused on MCAS, closer scrutiny of the entire plane following the second crash began to look at additional factors, including how pilots would respond to multiple cockpit alarms, and what would happen in both common and extremely remote emergency scenarios.

In the test that led to the computer redesign, Bloomberg reported, Boeing tested what would happen if gamma rays from space corrupted data in the plane’s flight-control system — an extraordinarily unlikely scenario, but one which must be addressed to prove to safety regulators that the plane is capable of surviving virtually any possible failure.

In the test, the plane dived toward the ground, and one of the test pilots found it difficult to respond to the various alarms and system failures in time to control the plane.

While the 737 Max previously had two separate computers — one which operated flight systems, and one which stood by in case the first failed — the redesign has both computers set to monitor each other. The original setup was relatively antiquated, and was borrowed from older generations of the 737. The change is more in line with modern flight design.

MCAS and the two crashes

Investigations into the two crashes suggest that MCAS erroneously engaged and forced the planes’ noses to point down. Pilots were unable to regain control of the aircraft. The two crashes — Lion Air flight 610 and Ethiopian Airlines Flight 302 — killed a total of 346 people.

Before the software fix, MCAS could be activated by a single sensor reading — in both crashes, the sensors are thought to have failed, sending erroneous data to the flight computer and, without a redundant check in place, triggering the automated system.

MCAS was designed to compensate for the 737 Max having larger engines than previous 737 generations. The larger engines could cause the plane’s nose to tip upward, leading to a stall — in that situation, MCAS could automatically point the nose down to negate the effect of the engine size.

Boeing is aiming to submit the proposed fix — and the computer redesign — to the FAA and get the plane certified to fly again by the end of 2019. US airlines have pulled the jet from their schedules until at least January.