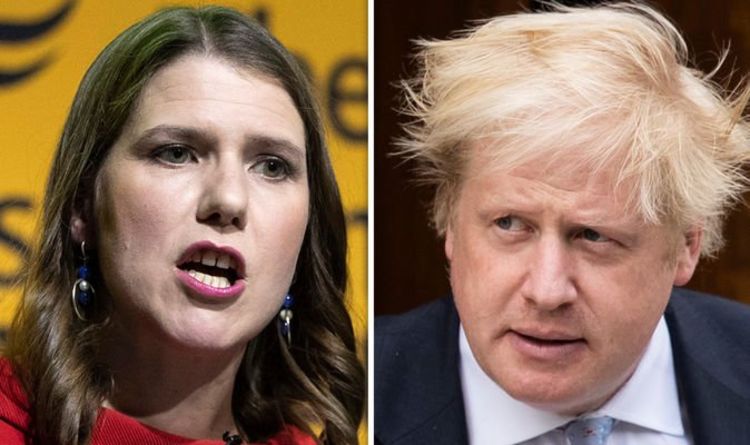 As part of the alliance the Liberal Democrats, Green Party and Plaid Cymru have all agreed not to stand candidates against each other in 60 seats. Instead they will all support one anti-Brexit candidate, drawn from one of their parties, in each constituency.

All three parties are determined to reverse the 2016 referendum result.

The pact was coordinated by ‘Unite to Remain’, an anti-Brexit group that promotes tactical voting.

However the Tories are demanding the Electoral Commission investigate whether the alliance has breached electoral laws on “coordinating resources”.

According to The Daily Telegraph, Mr Cleverly wrote: “I would ask the Electoral Commission whether there has been a potential or pending breach of electoral law by the Unite to Remain organisation, and whether initial enforcement proceedings should be commenced to avoid a breach of the law in a regulated period.

“I urge you to urgently investigate the activities of Unite to Remain and ask what pre-emptive measures can be considered to prevent a potential serious breach of electoral law.”

However the Unite to Reman campaign has strenuously denied wrongdoing and has accused its opponents of “throwing mud”.

Speaking to the MailOnline Unite to Remain director Peter Dunphy said: “It doesn’t surprise us that the Conservatives done this.

READ MORE: Low income families turn on Labour with one million to back Farage

“Because we are doing something that’s worrying them.

As part of the deal the Liberal Democrats won’t face opposition from the Green Party or Plaid Cymru in 43 seats.

Seats being targeted include those being held by high profile Tories such as foreign secretary Dominic Raab and former Tory mayoral candidate Zac Goldsmith.

The party has yet to declare whether it will officially back ‘Remain’ or ‘Leave’ in this second poll.

Voters will go to the polls on 12 December in an election likely to be dominated by Brexit.

On Friday SNP leader Nicola Sturgeon set out her conditions to back a Labour Government if there is a hung Parliament.

She said Mr Corbyn has agree in “principle” to another referendum on Scotland leaving the UK next year.

Ms Sturgeon added parties “need not bother picking up the phone” unless they are prepared to support a 2020 poll.

Labour leader Jeremy Corbyn has said a second Scottish independence referendum is neither “desirable or necessary”, but other senior Labour figures have suggested one could be supported.

On Thursday Boris Johnson vowed to “keep our fantastic United Kingdom together and prevent another referendum next year” if reelected as Prime Minister.