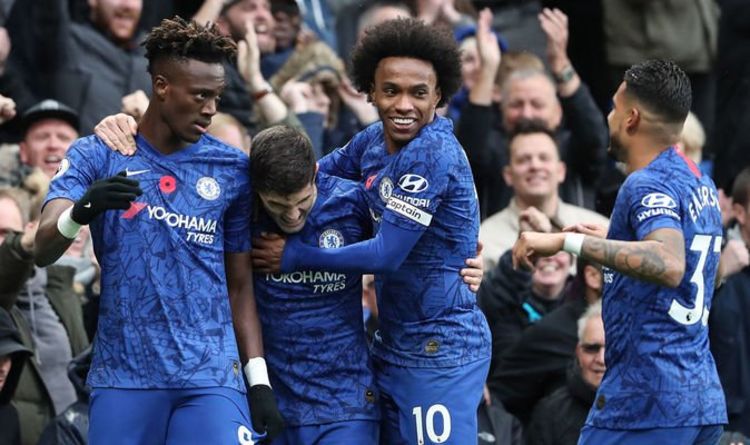 Chelsea dispatched Crystal Palace with relative ease after a superb performance on Saturday.

Frank Lampard’s side were comfortable throughout at Stamford Bridge as they walked away with a 2-0 win.

But it was Willian who caught the eye of Murphy on Saturday.

The Brazilian attacker was given the captain’s armband for the game, and stepped up to the plate with a strong performance.

Willian continuously ran at the Palace defence and caused problems throughout the game.

The 31-year-old used his experience to guide his much younger team-mates through the match, something that Murphy picked up on whilst discussing the game on Match of the Day.

“Willian is a super player,” he said.

“Palace were good in the first-half, they set up well.

“But his intelligence is there for all to see.

“He led the team well, took the responsibility as captain, that improved his performance.

“He was the one most likely to try and break down this Palace defence.

“I like the fact that – it shouldn’t have taken the armband to make him do it, he’s been playing well anyway – but he took that responsibility that Frank’s asked him to in helping the young guys in a game that was a bit stale at times in the first-half because of Palace.

“Age is just a number, as you well know, Gary. He had 20 sprints more than anyone.”

Willian was the oldest member of the Chelsea starting XI on Saturday.