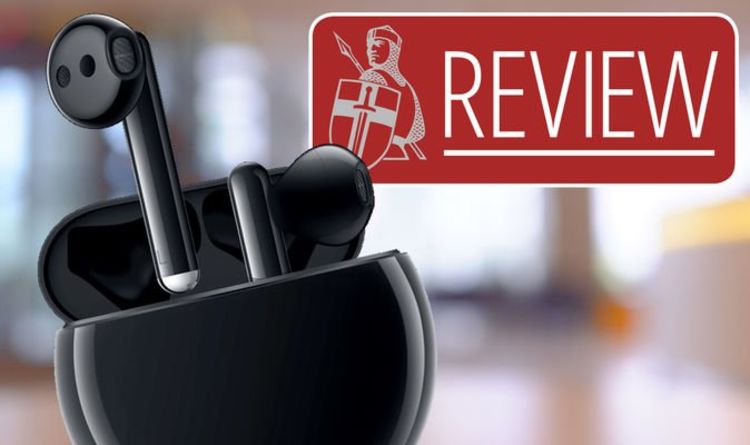 Huawei’s FreeBuds 3 may not look unique, but the technology housed inside certainly is (Image: Huawei • Getty • Express Newspapers)

Let’s deal with the elephant in the room first, the Huawei FreeBuds 3 are unabashedly AirPods clones. The Chinese tech giant really hasn’t tried to cover up the inspiration for its latest wireless headphones.

The FreeBuds 3 copy the AirPods design to such a degree that multiple people mistook them for Apple’s offering during our testing. Once you get over the initial disgust of seeing a blatant copycat though, you start to see why the FreeBuds 3 make sense.

Apple’s AirPods work with Android, but the functionality of the buds is stripped back. You’re not treated to Apple’s quick and easy connectivity features, you can’t customise what a double tap of the buds does and there’s no automatic ear detection (so playback won’t stop when you take one out).

That leaves a gaping void for a pair of headphones with an on-ear design to universally provide Android fans with similar features. AirPods for Android if you will.

Huawei has tried to give customers exactly that with the FreeBuds 3, but has the Chinese vendor created the new default wireless headphones for Android? Kind off… let us explain.

The FreeBuds 3 aren’t just AirPods with Huawei branding. There are a few features that make them unique… you just need to have a keen eye.

First and foremost, the headphones leverage what Huawei is calling a “Dolphin Bionic Design”. Jargon aside, the FreeBuds 3 not only provide a greater distance between the stem and the bud itself, but the latter also has a pointier shape.

Do the FreeBuds 3 fit better than AirPods? Well, that’ll depend on your individual ears. What we can say is during our time with the Huawei headphones, they’ve never accidentally fallen out, even when running at a frantic pace.

While you might have trouble differentiating the FreeBuds 3 and AirPods based on the headphones alone, the dead giveaway for which is which comes when you look at each’s charging case. Apple’s dental floss-style case is more square in shape while the FreeBuds 3 have a circular housing.

The build quality of the FreeBuds 3 is undeniably premium. Both the buds and case feel built to last and don’t have any wobbly parts that’ll have you questioning their £169 price tag.

The FreeBuds 3 are the best on-ear wireless headphones you can get (Image: Express Newspapers)

Huawei’s FreeBuds 3 may not look unique, but the technology housed inside certainly is. These are the only headphones with an on-ear design that boast noise cancellation technology (that we know of anyway).

Performance is truly astounding, considering the bud itself isn’t tucked snugly inside your ear à la AirPods Pro or Sony WF-1000XM3. The FreeBuds 3 won’t block out all noise, far from it in fact, but they will isolate some sounds that could otherwise severely detract from your listening experience.

Setting expectations is key with the FreeBuds 3. If you’re using them on a screeching tube for instance, you’ll still experience a lot of background noise, but it won’t be anywhere near as prominent as its rivals without any noise cancelling tech.

That’s assuming you’ve adjusted the FreeBuds’ settings correctly of course. The headphones’ noise cancelling feature is activated using Huawei’s AI Life app (that’s downloaded using a QR code found in its packaging), but there’s not a binary on or off button. Instead you’re forced to adjust the individual frequency of the noise cancellation using a scrollable wheel.

The only problem here is the fact the app doesn’t tell you which frequency you’ve selected so you can remember for next time. Instead you need to roughly guess your optimal setting when you open AI Life up again.

Do the FreeBuds 3 fit better than AirPods? Well, that’ll depend on your individual ears (Image: Express Newspapers)

Additionally, we had to adjust the noise cancellation frequency when we transitioned from one environment to another to get the best isolation. So we’d alter it when we got on a tube to work and would then have to get our phone out again when we got off to adjust it once more. This certainly isn’t a deal breaker, but it would have been extremely helpful if the FreeBuds 3 could automatically adjust its noise cancellation for you.

In terms of pure sound, the FreeBuds 3 deliver decent quality but nothing that’s going to blow you away. The headphones don’t pack bullish amounts of bass and aren’t anything special when it comes to mids or highs either. With that said, if you’re planning to stream most of your music then it’s likely you won’t have any complaints.

Most notably, we never experienced any latency when watching video with the FreeBuds 3, and we never had our connection cut out, either.

Much to our disappointment, the Chinese vendor has ensured FreeBuds 3 connectivity is best only if you have a Huawei device. If you have a P30 Pro for instance, the moment you flip open the FreeBuds 3 case a prompt will appear to connect them instantly. Users of other Android phones will have to fiddle around in the settings menu instead.

After you’ve paired the buds for the first time, they’ll immediately connect to your Android (or iOS) device. You’ll even hear a little noise when you put them in to let you know they’re paired up.

By far the best part about Huawei’s new wireless buds is their supreme portability. Just like Apple’s original AirPods, the FreeBuds 3 are great because you can quickly pop them out of their charging case and place them in your ear with next to no hassle.

In fact, during our time with the buds they quickly became our go-to headphones for commuting… or if we just didn’t fancy lugging around a pair of over-ear cans.

The Huawei FreeBuds 3 are priced at £169, making them £10 dearer than Apple’s regular AirPods (Image: Express Newspapers)

Huawei claims the FreeBuds 3 will deliver four hours of battery from the buds themselves and that its circular case will extend its legs by a further 16 hours. We’ve found that to be pretty accurate in our extensive testing.

The best part about the FreeBuds 3 is the fact they support fast charging – you can refill the headphones to 70 percent in just 30 minutes. Perfect if you forgot to the charge them overnight.

Plus, they also support wireless charging, meaning they can be powered by placing it on the back of your P30 Pro, Galaxy S10 and more.

The Huawei FreeBuds 3 are AirPods for Android (Image: Express Newspapers)

The Huawei FreeBuds 3 are priced at £169, making them £10 dearer than Apple’s regular AirPods and £30 cheaper than the AirPods with a wireless charging case.

If you’re looking for a great pair of wireless headphones and want an on-ear fit for convenience, the FreeBuds 3 are the obvious choice. The addition of noise cancellation technology gives it a huge advantage over the standard AirPods which, unlike the new Pro model, do not include this sound-blocking tech.

The Huawei FreeBuds 3 are AirPods for Android. A few niggles with noise cancellation controls aside, these are the best on-ear wireless headphones you can get.

Although we can’t completely forgive Huawei for copying the innovative headphone design introduced by Apple back in 2016, the firm has done a great job of giving Android fans a pair of wireless buds they can use without feeling like they’re missing out on features.

While most other AirPods copycats should be immediately disregarded, the Huawei FreeBuds 3 certainly deserve your attention. 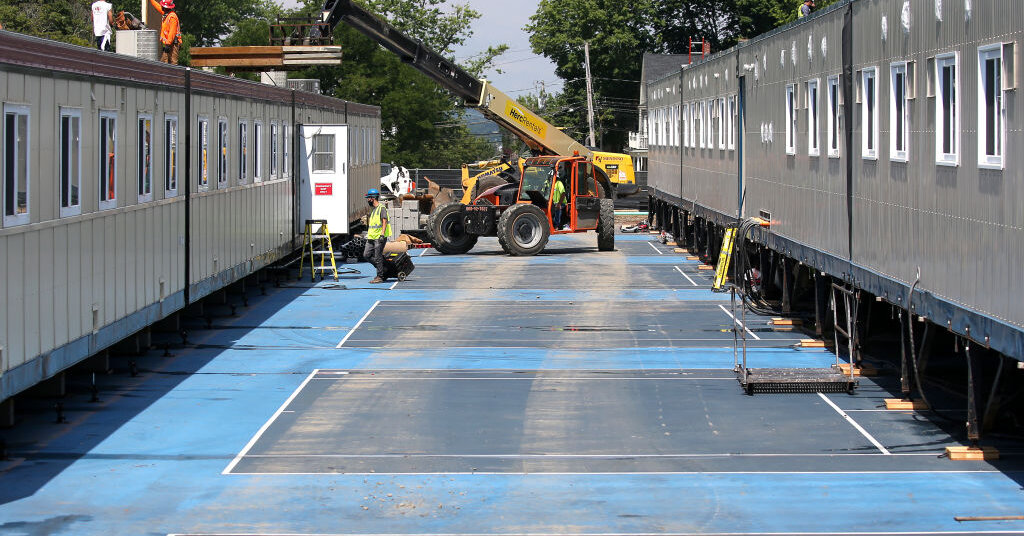 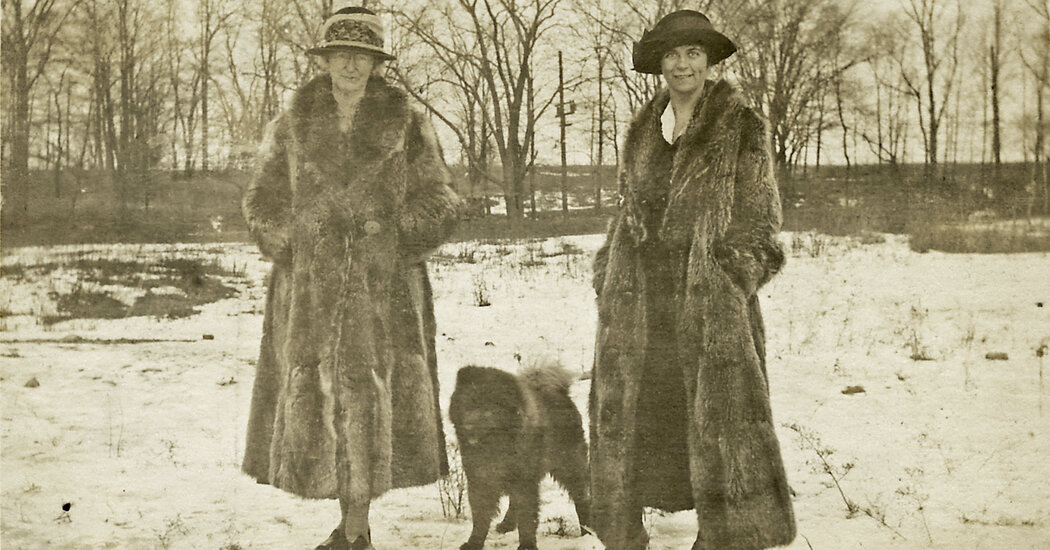 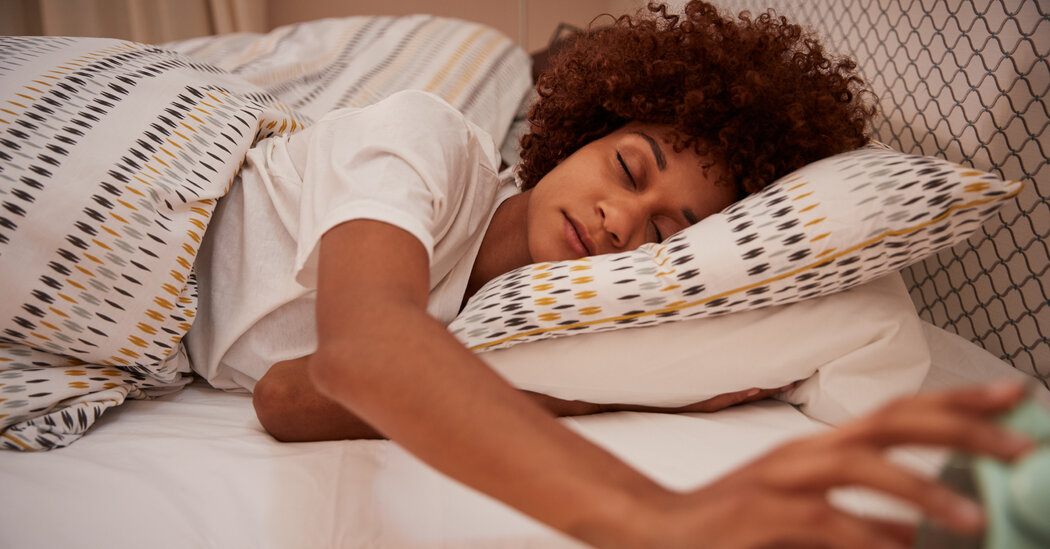 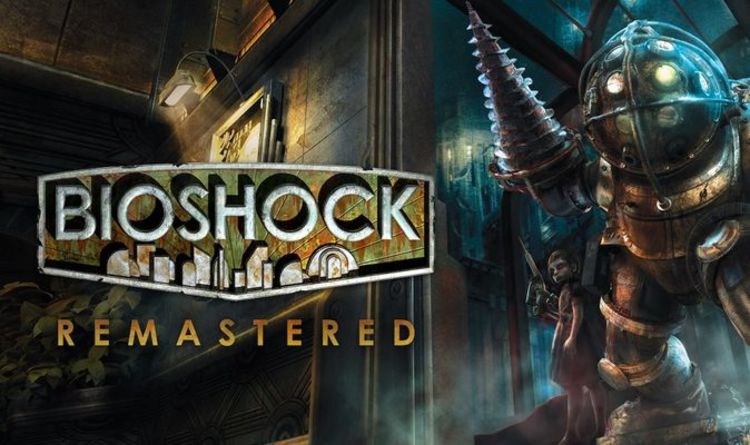 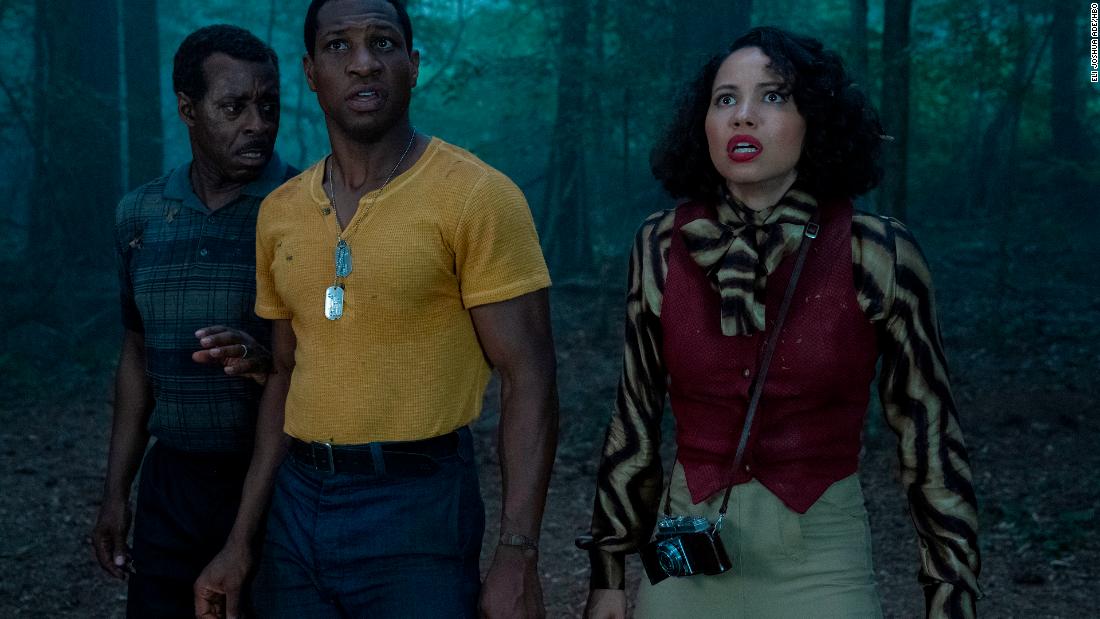 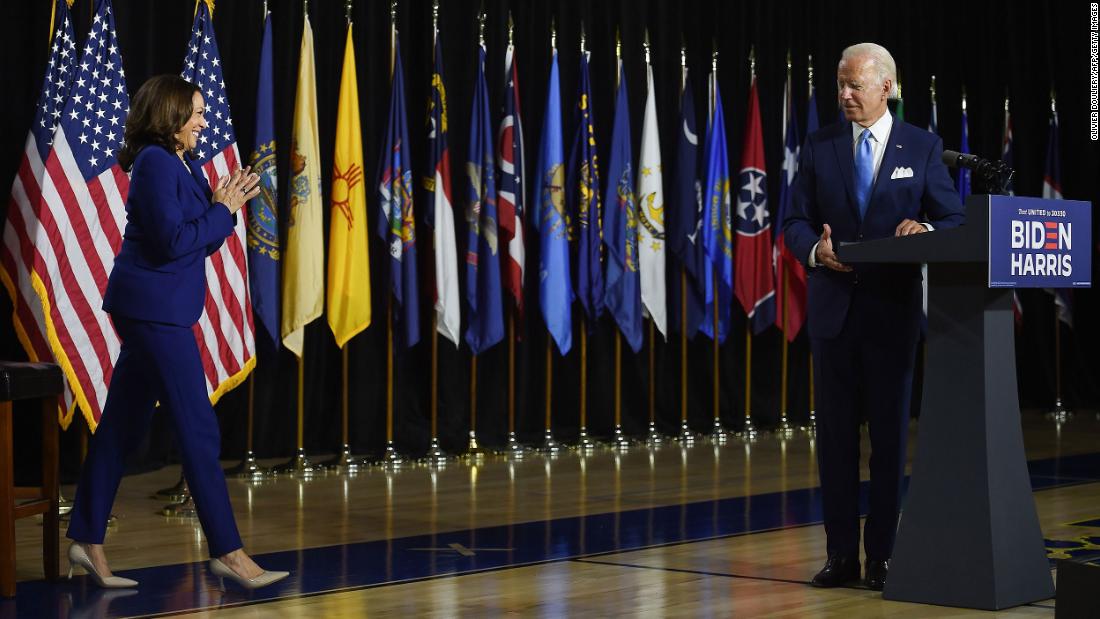 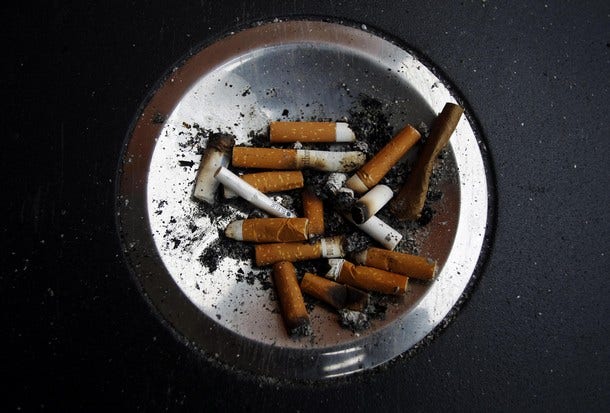 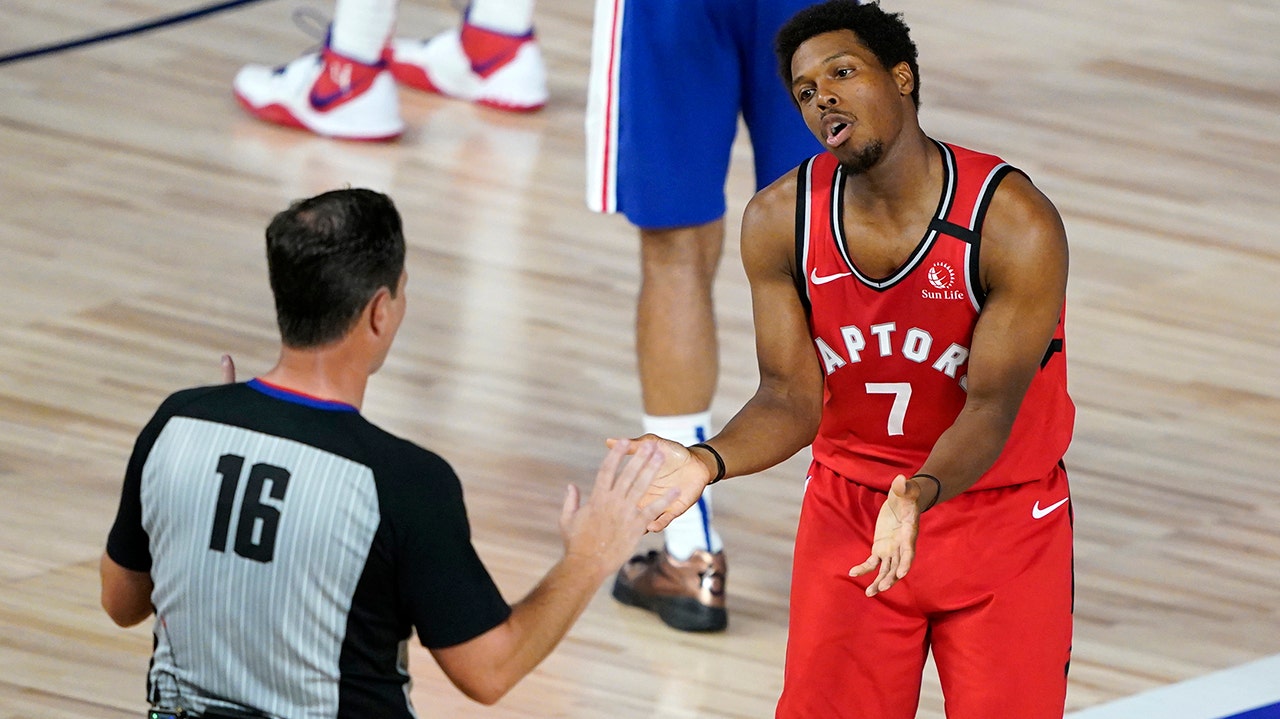 admin - 12/09/2019 0
We use cookies to ensure that we give you the best experience on our website. If you continue to use this site we will assume that you are happy with it.Ok