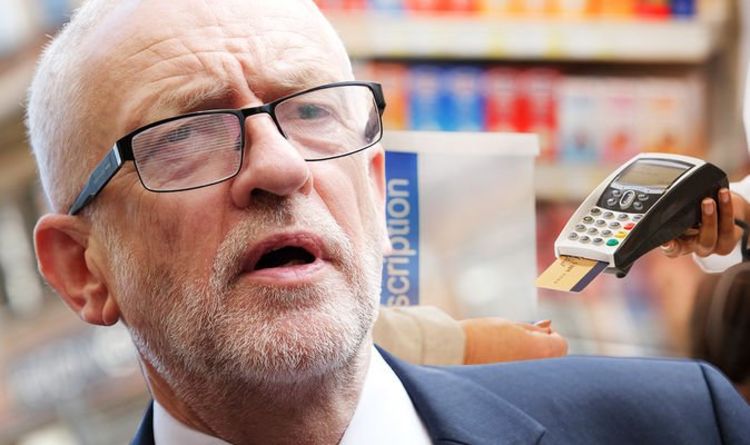 Prescriptions for patients in England currently cost £9 per item but the move would bring it in line with Scotland, Wales and Northern Ireland, where they are already free. The Labour Party said the current cost in England is a particular burden on people with long-term medical conditions such as asthma and chronic kidney disease, who often have to spend £104 each year on medication, or even more if they don’t opt-in to the NHS pre-payment discount scheme. Labour’s Shadow Health Secretary Jonathan Ashworth said: “The NHS could save £20million a year if they lifted prescription charges for people with just two conditions: Parkinson’s disease and inflammatory bowel disease.

“Labour made prescriptions free for people with cancer in 2008. The Tories have done nothing and exempt conditions have been otherwise unchanged for 50 years.”

The party’s leader Jeremy Corbyn said: “Healthcare is a human right. People should not be forced to worry about the cost of their medicines.

“Bringing England in line with the rest of the UK by scrapping prescription charges for everyone is simple common sense and part of our plans to expand and upgrade our public services for the many, not the few.”

But in 2017/18, the National Health Service (NHS) earned just over £575million in prescription fees, and Labour has admitted abolishing them would cost £745million each year.

Jeremy Corbyn’s plan to scrap prescription charges in England has been savaged by critics (Image: GETTY)

The Labour leader said ‘people should not be forced to worry about the cost of their medicines’ (Image: GETTY)

More than 80 percent of prescriptions are already issued free of charge, as those on low incomes or with long-term conditions are not required to pay.

People receiving state benefits Income Support, pregnant women, children and the over-60s are also among those who are exempt.

Matthew Lesh, head of research at the Adam Smith Institute think tank, told Express.co.uk: “This is a reverse Robin Hood: taking from the taxpayer pounds of the poor to pay for prescriptions of the well-off.

“Labour’s policy will mostly affect those who can afford the drugs, which cost £104 for an unlimited annual subscription.

Jonathan Ashworth claimed the NHS could save £20million a year if they lifted prescription charges (Image: GETTY)

“Just like most Labour policies, it will mean higher taxes, more debt or cuts elsewhere in the system.”

Political and economic experts have been left wondering where Labour is going to find more hundreds of millions of pounds to fund a plan when the tax burden on Britons is already at a near 50-year-high.

Harry Fone, grassroots campaign manager at the TaxPayers’ Alliance, told this website: “Serious questions have to be asked though about how this policy will be funded.

“We are still running a budget deficit, to pay for free prescriptions will mean a choice between spending cuts in other areas, increased borrowing or raising taxes.

The Labour Party is plotting a path to 10 Downing Street (Image: GETTY)

“The tax burden is at a near 50 year high and taxpayers won’t welcome more hikes.

“Labour should focus on improving efficiency and making savings in the health service, not on unfunded schemes purely to win votes at a general election.”

Tim Focas, director of financial services at Westminster think tank Parliament Street, warned the country will struggle to pay for the Labour plan as public finances remain in a “precarious position”.

He told Express.co.uk: “Abolishing prescription charges in England is the latest in a long line of Labour policy proposals the country will struggle to pay for.

The seats won by each political party in the last three general elections (Image: EXPRESS)

“The Government needed an additional £9billion to cover the gap between tax receipts and spending in September. This proves the public finances are still in a precarious position against the backdrop of a global debt market bubble.

“While the amount seems small in the grand scheme of the £135 billion spent on healthcare, every penny counts when you are still running a deficit.”

He said: “The cost of the prescriptions pledge would inevitably fall on taxpayers. It might lead to an increasing load on GPs from people seeking prescriptions for items they would otherwise buy over the counter.”

Jeremy Corbyn is hoping to become the UK’s next Prime Minister (Image: GETTY)

But Labour’s move to scrap prescription charges in England has been welcomed by leading health groups.

Dr Samantha Walker, director of policy and research at Asthma UK, told Express.co.uk: “Unfair prescription charges are putting people with asthma at risk of being hospitalised or even dying from an asthma attack because they cannot afford their medication.

“We’ve been campaigning for years to stop this. The stark reality is that three quarters of people with asthma have said they struggle to afford their prescriptions, and an estimated 1.3 million people who pay for their medication have skipped taking it because of the cost.

“People with asthma are faced with an impossible choice – cut back on essentials like food and bills or cut back on the medication that could save their life.

“With asthma deaths at their highest for more than a decade, we are urgently calling on the leaders of the main political parties in England to commit to a review of the outdated prescription charges medical exemptions list. No one should have to pay to breathe.”