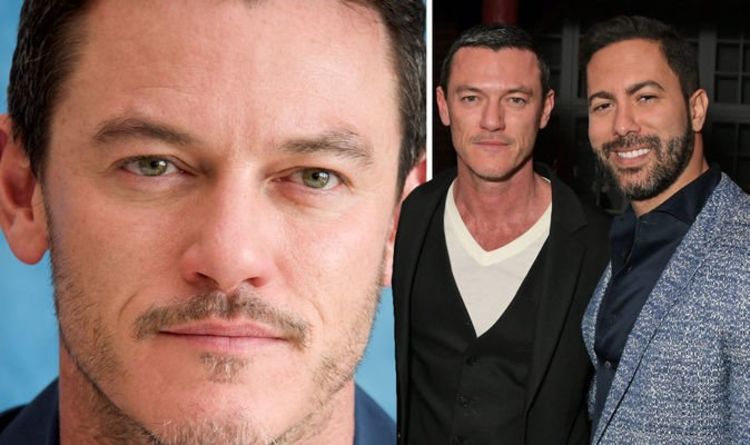 Luke Evans is the Welsh star famed for roles on stage and screen. The songster will be showing off his vocal stylings as he performs on Strictly Come Dancing. But does Luke Evans have a boyfriend, and who is he?

Luke Evans is the Welsh star who began his career in the West End, performing in productions such as Rent, Miss Saigon and Avenue Q.

His breakthrough in the film industry came a little later, when he played Apollo in the 2010 remake of Clash of the Titans.

Since then, he has gone from strength to strength, performing in big action movies such as Robin Hood, The Three Musketeers and later The Hobbit, where he played Bard the Bowman.

He then dialled up the action another notch when he acted in Furious 6, however his musical theatre chops eventually got their outing on the screen when he played Gaston in the live-action version of Beauty and the Beast.

Of course, Evans has also performed in more dramatic roles, such as in The Girl on the Train, Ben Wheatley’s High-Rise and most recently, Midway, a film about US Navy soldiers during a battle in World War II.

While he has been in the public eye, however, his personal life has been kept private, though he has openly talked about his identity as a gay man.

While he has shared no pictures online of himself and his reported partner, fans of his have done some detective work to try and discover who this could be.

At a GQ party, he was pictured with Victor Turpin, a Colombian actor.

This set fans’ hearts pulsing as they started to dig into Turpin’s social media, to try and see if the pair could be an item.

This year, Turpin has taken part in two projects alongside Luke – Netflix’s Murder Mystery and Ma, with the former being a uncredited role.

This certainly suggests that, while Evans’ roles have been bigger, perhaps the pair have been trying to work together in order to not be flying miles apart for their work.

Earlier this year, fans were also doing their detective work, after Turpin took to social media in late February to post a not-to-subtle message about how much he missed his partner.

The message added to his story said: “So in love! 9 days apart seem like 9 years.

“So in love! Every day is Valentine’s day. So in love! I already forgot what is not to be with you!”

The Instagram story had been uploaded just as Luke Evans had returned to the UK for the BRITs in February this year.

Evans’ love life will absolutely be in many people’s minds as he is expected to perform on Strictly Come Dancing.

He confirmed this when speaking to Graham Norton on Radio 2, but Evans may find himself a little disappointment.

Luke said: “Yes! I am going to be doing Strictly.

“No pressure. It is a lot of pressure.”

Graham said: “It is a lot of pressure because it’s not just you, if the dancers get it right, that’s the take they’re using.”

Luke Evans as Gaston in Beauty and the Beast (Image: Disney)

Luke agreed, and added: “The camera’s on them most of the time anyway, I think?

“I’ve got a friend (Emma Weymouth) who’s competing on it so she better still be on it when I’m on.”

Fans will know Emma was booted off the show last week in a shocking turn of events, with Mike Bushell the hot favourite to get kicked off the show this week.

Let’s hope there isn’t too much disappointment.

Strictly Come Dancing is on BBC1 at 7.20pm