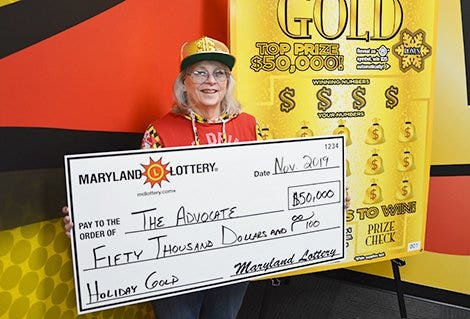 This Maryland teacher knows how to pick ’em.

The 64-year-old Mount Airy resident recently won her second $50,000 prize from a lottery scratch-off in as many months, according to the state lottery.

“Because it was a newly launched ticket, I knew most of the prizes were still available in the game,” the as-of-yet unidentified woman said. “I bought two tickets and sat in the car and scratched them. The first one was a non-winner, but the second one made me shout for joy.”

A Maryland teacher won her second $50,000 scratch-off lottery ticket in as many months. (The Maryland Lottery)

The 22-year special education teacher is known as “the Advocate” in her community, according to the Maryland Lottery.

“I plan on using this money to continue taking care of my 90-year-old family members and start a business with a focus on elder care for seniors with impairments,” she said. “It’s going to be needed in the near future.”