By Michael Thomsen For Dailymail.com

Researchers at the University of Washington have made an important breakthrough in robotic suction, a simple concept that’s been difficult to master.

The scientists took inspiration from the Northern clingfish, a species common in the Pacific Northwest known for clinging to the underside of slipper oceanic rocks.

The fish has a suction cup on its belly, which uses small hairlike structures to create a powerful connection to the slipperiest surfaces. 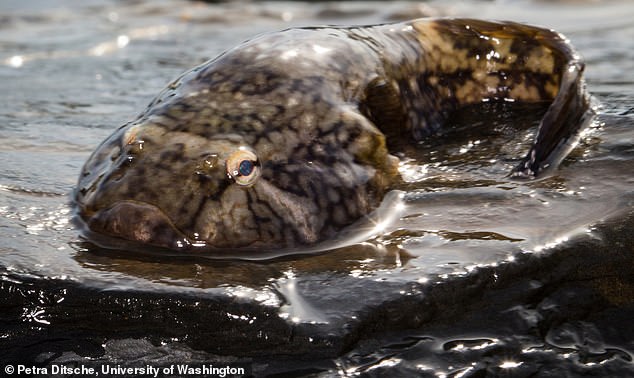 The Nothern clingfish (pictured above) is famous for being able to attach to the slipperiest and most uneven surfaces, something which made it a main focus of researchers.

A half-pound fish can create suction strong enough to lift a rock twelve times its bodyweight, and the connection is so powerful it remains in tact even after the fish has died.

Researchers realized the key was the irregular size and sheer number of the hairlike structures, which allowed the fish to attach to a wide variety of objects of all different sizes and shapes.

To mimic the effect, the researchers spent more than five years calibrating the robotic suction cup to ensure it was soft enough to mold to different shapes but rigid enough to maintain tension once suction had been initiated. 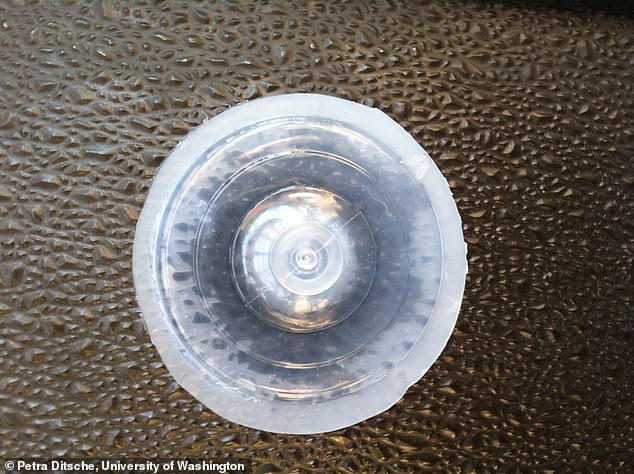 The suction cup modeled after the Northern clingfish (pictured above) turns out to be even more powerful than the clingfish suction cup.

‘I like to say, nature is always best,’ Petra Ditsche, lead author of the researcher’s findings, said. ‘In this case, when considering their attachment force, our suction cups are better.’ 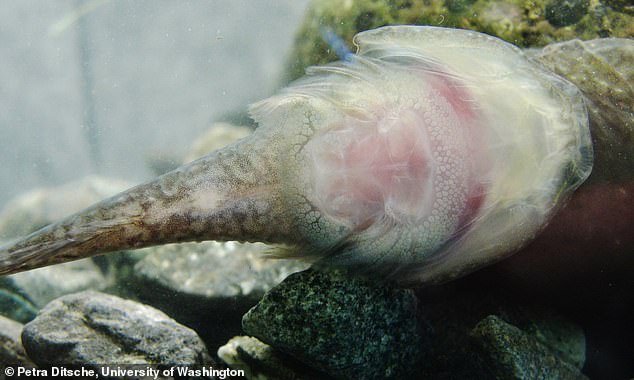 The Northern clingfish can lift over twelve times its bodyweight, something researchers were eager to model.

Researchers anticipate their technology will have a wide variety of uses, including subaquatic robots to clean algae and debris off of boat hulls and better tagging equipment for marine biologists who study whales.

The research could even improve the suction strength of everyday shower caddies.

WHAT OTHER  ROBOTS ARE MODELED AFTER ANIMALS?

A snake-like robot from Flex Robotic systems is used to travel into the human colon with minimal impact.

Scientists in Tel Aviv modelled a bat’s ability to use echolocation for an autonomous robot that can streer in the dark.

Researchers in Florida modelled a robot after an ostrich so that it could keep its balance while running across uneven terrain.

Researchers in Israel modelled a small robot after locusts, which they believe will be useful navigating small spaces after disasters.