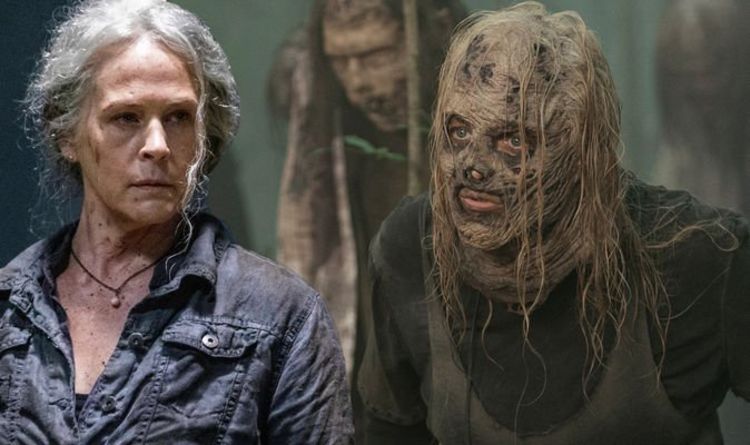 The Walking Dead viewers welcomed a brand new look at The Whisperers in episode two of season ten. They followed Alpha (played by Samantha Morton) finding her feet in the post-apocalyptic wasteland before meeting Beta (Ryan Hurst) for the first time. But the present-day scenes in the episode eventually lead up to seeing Carol (Melissa McBride) on her territory.

It looks like the evildoers have been outside of their normal territory whilst regrouping – but Alpha’s return seems to have sparked yet another fight.

As she had already warned Carol not to cross her borders again, Alpha is ready to get some justice on the survivors.

This week’s trailer for the upcoming episode of the show saw Gamma (Thora Birch) telling Daryl Dixon (Norman Reedus) to meet with Alpha at the border.


While Michonne believes this is going to be an amicable discussion as she screamed: “All she wants to do is talk!” the rest of the group aren’t so sure.

Later in the trailer Alpha can be seen asking Carol: “What did I tell you about crossing my borders? You have to be punished.”

With Carol eager to take on Alpha in revenge for killing Henry (Matt Lintz) last season, the pair could come to blows quicker than fans expect – despite the survivors looking for peace.

Episode one of season ten saw Carol and Daryl discussing moving on, and whether they ought to let go of what happened to Henry.

But it didn’t seem like that was an option for Carol, as she was eager to explain to her partner in crime.

With Alpha apparently making a move on Alexandria’s territory so soon, Carol may take this opportunity to hit back at the warmonger and her team.

However, as Alpha’s team grows exponentially – with the likes of her latest recruit Gamma – she may be quickly outmatched.

Recently Gamma actor Thora spoke to to Entertainment Weekly about her character’s decision to kill her sister in order to get ahead in The Whisperers.

On the event in question, she explained: “I believe in that moment it’s very much a snap decision.

“And I think at that point, in her journey, I do believe they have been with Alpha for a while, and it’s a pack group.

“So when it’s do or die, what are you going to do? You’re going to protect the pilot. And any other personal concern isn’t really even registering in that moment.”

Thora also spoke about the reasons why she is siding with Alpha, and determined that it ultimately came down to fear.

She went on: “It’s a mixture of survival, but also I think that there’s fear there.