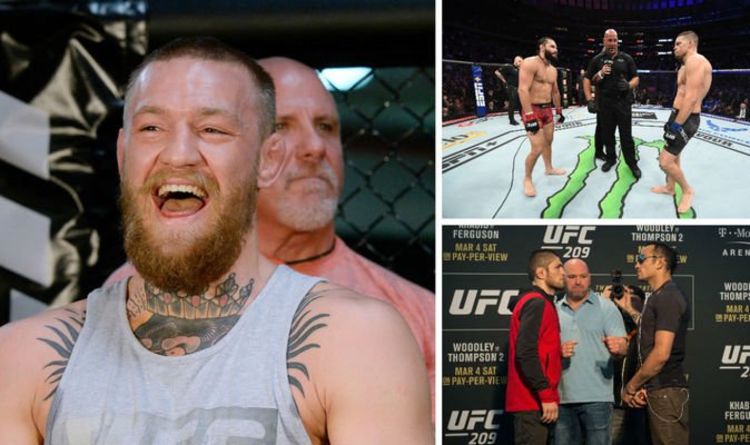 “A 5 second triangle hahahah.” Console him. Then tell him he’s cut.”

Jorge Masvidal has doubled down on his willingness to give Nate Diaz a rematch following the Stockton native’s retirement hint.

“Heard it might be true, if so it was fun sharing the #cage with you,” Masvidal wrote alongside an Instagram of himself and Diaz inside the Octagon. “Whenever you get that itch again, let’s run it back.

Nurmagomedov has revealed his proposed showdown with Tony Ferguson is in the works.

“We’re in talks now,” said the 30-year-old. “They suggested having it in Vegas in March, but they [Nevada Athletic Commission] have to issue me an official apology for fining me for the incident on 6 October, 2018. If they apologise, I’ll fight. If not, we’ll pick another venue.

“I’ll fight in April in New York. I’ll be ready in April – March if Vegas apologizes or gives me back my money. Those are my conditions. We’re in talks now.”

admin - 04/11/2019 0
We use cookies to ensure that we give you the best experience on our website. If you continue to use this site we will assume that you are happy with it.Ok