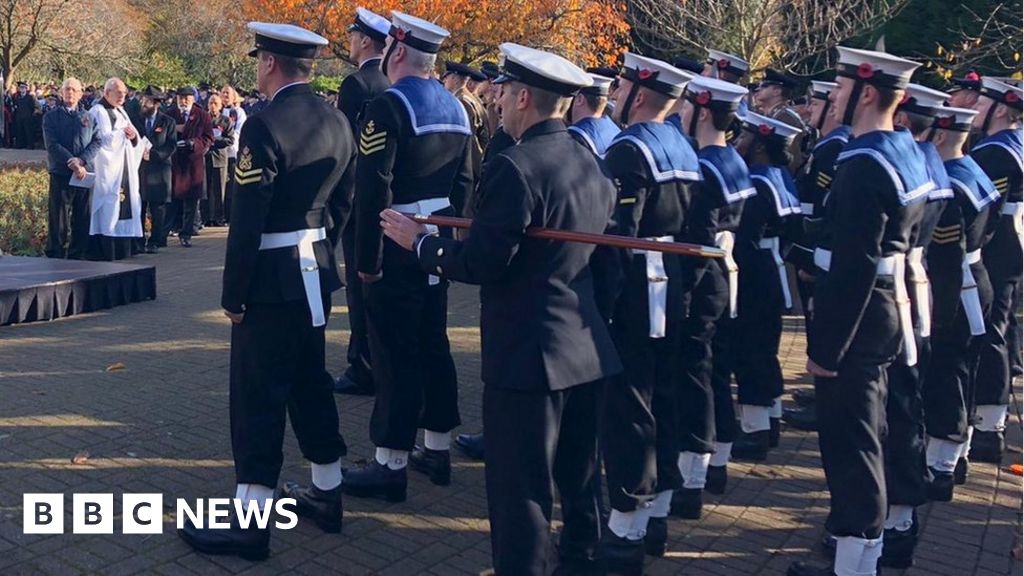 A national service of remembrance has been held in Cardiff as Wales commemorated those who lost their lives in conflict.

Remembrance Sunday services also took place at the cenotaph in Wrexham with other events in Anglesey, Bangor, Welshpool, Swansea, and elsewhere.

Cardiff Lord Mayor Dan De’Ath said it was an opportunity to pay tribute to all who had “sacrificed their lives”.


Veteran John Wintle who joined the Army as a 15-year-old, said the he attended Sunday’s service having “left good friends behind”.

“There are not many of us left now,” he said.

He was formerly the secretary of the south Wales branch of the Normandy Veterans Association and remembers about 150 members, but now he is one of two left.

Detachments from the armed forces marched to the memorial ahead of a service including ex-servicemen and women, with Cardiff Arms Park Male Voice Choir and Cardiff Military Wives Choir also attending.

Mr De’Ath said: “We must ensure that future generations continue this tradition and remember the significance that this day has on the freedom we experience today.

“It is also an opportunity for us to give thoughts to those who are currently serving in the forces and the families affected by war.”

Ex-serviceman John Nicol, 81 from Llandudno, marched at the Cenotaph in London.

Mr Nicol, who served with the Royal Electrical and Mechanical Engineers (REME), is taking part in the ceremony with more than 100 other veterans supported by Blind Veterans UK, a national charity for vision-impaired ex-service men and women, after losing his sight five years ago.