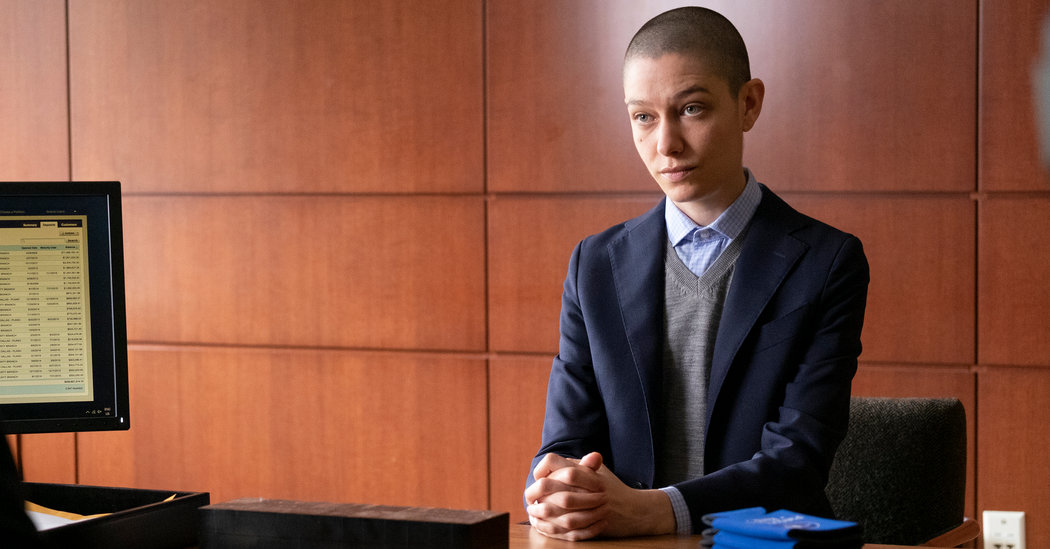 Sam Smith, the British crooner with a voice often described as heaven sent, announced in September that “my pronouns are they/them.” Days later, the Brit Awards, which had nominated Smith for top male artist earlier in the year, said the categories would be reconsidered for 2021.

If the Brit Awards do go gender-neutral, they would join the Grammys, which did away with separate male and female awards in 2012, and MTV’s Video Music Awards, which did the same in 2017. MTV scotched gendered prizes at its Movies & TV Awards that year too. And important prizes like the Nobel, Pulitzer, and Man Booker are not allocated separately by sex at all.

Yet with the major acting awards — the Oscars, Baftas, Tonys and Emmys — there are no signs that gendered categories are going anywhere. Even though more artists are identifying as nonbinary, and theater awards in Canada and several American cities have done away with gendered prizes, there seems to be scant momentum in the bigger awards organizations to make the switch.

Now one performer, the nonbinary actor Asia Kate Dillon, of “Billions,” is calling on the Television Academy to drop gendered acting categories outright from the Emmys. Dillon said in an interview, “I presume no one has asked them directly to make that change, so perhaps this is the right moment,” Dillon said. “What are the first steps that need to be taken to make that change? Call me. Email me. Let’s get it done.”

But a spokesman for the Television Academy said while the group “celebrates inclusiveness,” it has no plans to make that change.

Neither does the British Academy of Film and Television Arts, which hands out the Baftas, or the Academy of Motion Picture Arts and Sciences, which administers the Oscars and has given out separate actor and actress prizes since the first awards in 1929. A Bafta spokeswoman confirmed there would be no changes in the performance categories this season, and a spokeswoman for the American academy said it would “continue to be sensitive to the evolving conversation” and planned to keep its current structure in place. A spokesperson for the Tonys declined to comment.

Until relatively recently, divvying up acting categories by gender was largely unquestioned. Dillon challenged this in 2017, writing an open letter to the Television Academy about being confounded over whether to submit themselves for Emmy consideration as a supporting actor or actress. The academy replied that Dillon could choose whichever category they identified with. At the time, Dillon opted for actor, but said in the interview that making distinctions by gender identity or assigned sex is arbitrary and discriminatory.

“If we separated categories by the colors of eyes, hair or skin, people would go, ‘This is unacceptable,’” Dillon said. “That’s how I feel about gender categories. At this point, it feels unacceptable and unnecessary and archaic.”

The debate has roots in older conversations about whether carving out places in a male-dominated field for one group, in this case women, comes at the cost of excluding others.

Proponents of gendered categories say that absent such distinctions, men would dominate the nominees and winners.

“Merging gender categories would create a cosmetic definition of equality in an industry where we know that equality does not exist,” said Mark Harris, who covers Hollywood’s awards season for Vanity Fair. “It’s placing this huge bet that sexism is so solved that it doesn’t need to be paid attention to anymore. It’s so solved even though a vast majority of voters in awards groups are men. It’s so solved even though actresses have absolutely no shortage of important and fascinating things to say about the way gender inequities persist in the industry.”

Melissa Silverstein, the publisher of the site Women and Hollywood agreed, noting that in prize categories that are nongendered, like director, producer and cinematographer, very few women are recognized. In 2017, Steve Pond of The Wrap, found that in fields where acting awards divided by gender were scrapped, men indeed disproportionately bagged more nominations and wins. At the gender-neutral awards handed out by the Television Critics Association, Pond determined that over two decades, men won the individual drama and comedy acting awards seven times out of 10.

But Dillon and other nonbinary actors argue that gendered categories give the false appearance that prime roles for women are far more prevalent than they actually are. If the best actress category was axed and the vast majority of the nominations went to cisgendered men, Dillon said, “We would have to deal with the inequality that still is in Hollywood and always has been when it comes to gender as well as race.”

Becca Blackwell, the nonbinary star of the Off-Broadway show “Hurricane Diane,” said that gendered categories obscure a theatrical canon and systems around it that do not value women. “They’re forcing you into boxes for what?” Blackwell said. “Of course women will get short shrift until we deal with the fact that women are still not considered first-class citizens with full agency.”

The Obies, which herald achievements in Off-Broadway and Off-Off Broadway theater, do not separate awards by sex, and in the last few years, theater awards in Philadelphia, San Francisco, Seattle, Chicago and Toronto have adopted gender inclusive categories, with varied results. Most doubled the number of finalists per performance category, and meted out two awards in each.

Leigh Goldenberg, the executive director of Theatre Philadelphia, which administers the city’s Barrymore Awards, said that before the switch, women voiced concerns about being overshadowed given that so many productions revolved around men.

“We eventually got to a place where folks who had those fights — women or people of color — recognized that there needed to be another group brought in, and this would build toward equity for all if we make that change,” Goldenberg said.

Theatre Philadelphia, which has also been working to diversify its adjudicators, held the Barrymores on Monday. Of the eight performance awards, six went to women.

Dale Albright, the deputy director of the Theater Bay Area Awards in San Francisco, said that finalists in the new gender-inclusive performance categories tended to skew male, but that the wins were equitably divided between male- and female- identifying performers.

After changes were made in Chicago’s Jeff Awards last year, there was controversy when many of the nominees ended up being male, which Drew Blau, an official with the awards, said was a reflection of the fact that larger theaters were producing male-centric shows. The hope is that by spotlighting the imbalance and pushing to diversify judges, the awards will balance out.

Meanwhile in Toronto at the Dora Awards over the summer, winners in the performance categories were dominated by women of color, according to Jacoba Knaapen, the executive director of the Toronto Alliance for Performing Arts. “There is inequity overall, but it is trending toward balance,” Knaapen said.

Until such changes are more widely embraced, Blackwell, the trans star of “Hurricane Diane,” said, should they end up nominated for a major award, they would opt to compete with performers who identify as male.

“I’d rather beat out a bunch of cis-men than take an award from a woman,” Blackwell said. “I always joke that I better be the first person with a vagina to get a best actor award.”